Microsoft OneNote is a digital note taking app that can be accessed via Android, Chrome, Windows, iOS and Mac devices. The solution is well-suited for individuals attending numerous meetings per week and working on multiple collaborative projects. OneNote offers deep search functionality for all notes stored in its database. Users can also store and organize audio recordings that are in a searchable format and can be integrated with other Microsoft 365 products. OneNote allows users to take handwritten notes with the help of a stylus or fingertip and can also convert these notes to digital text. Important ideas or points can be highlighted by using various shapes and colors. The solution has the ability to embed other Microsoft 365 files into a note. They can then be easily edited by OneNote users. OneNote offers cloud-based storage and allows users to easily toggle between separate but synced up enterprise and personal accounts. 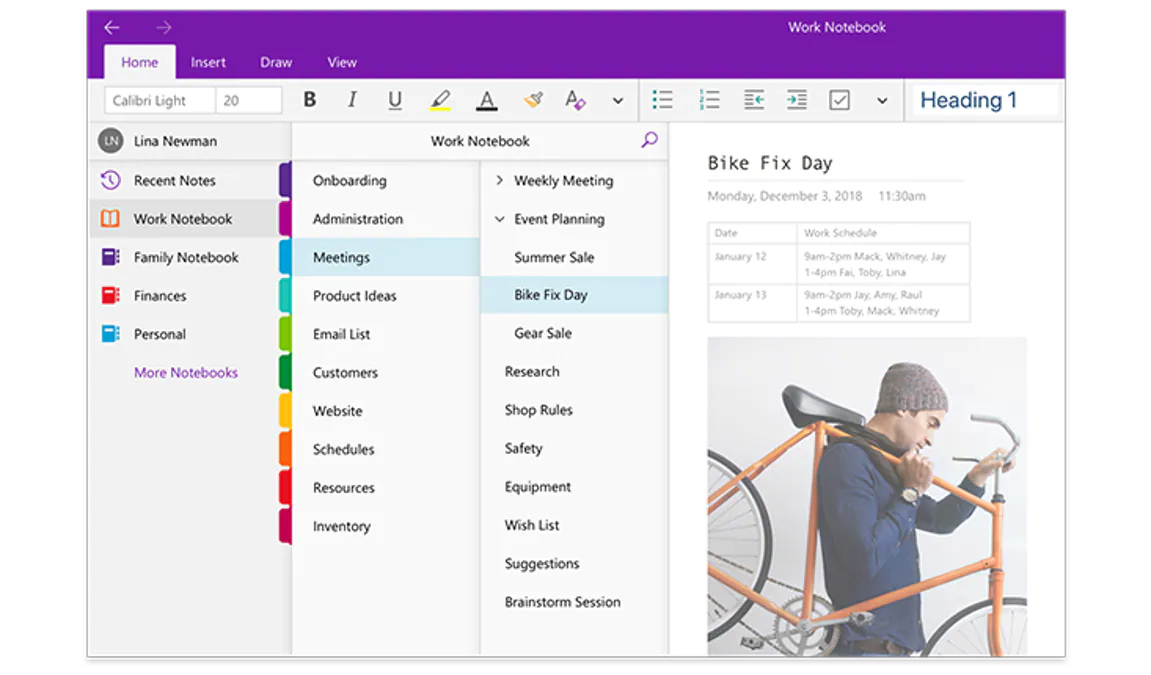 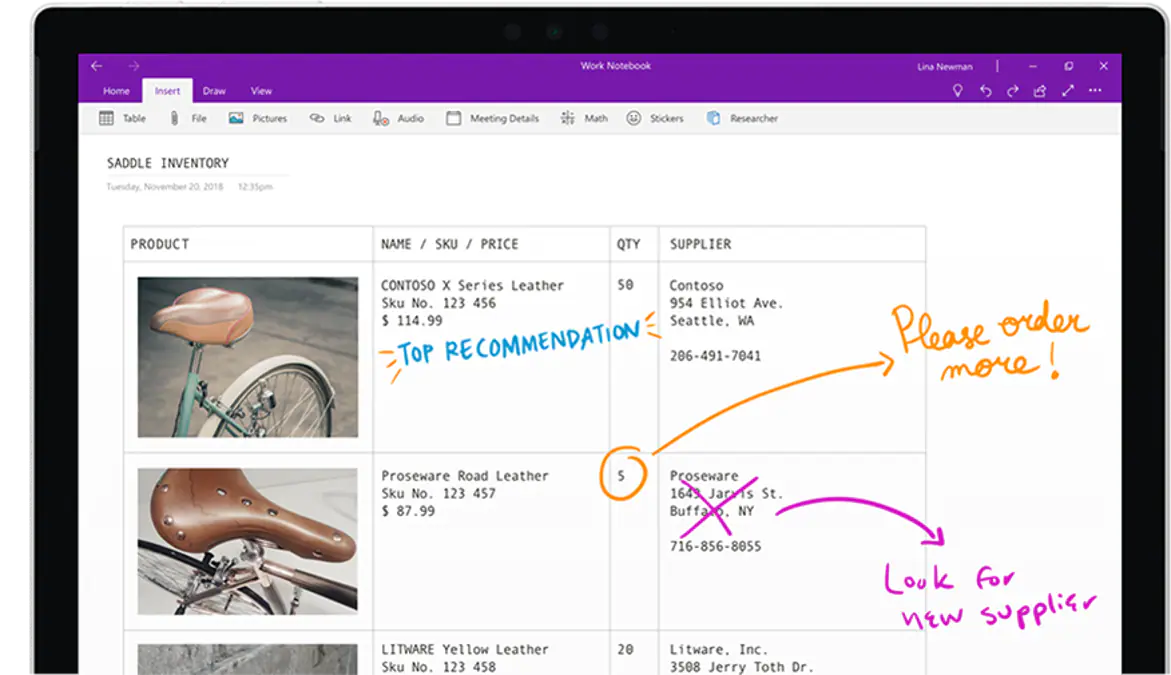 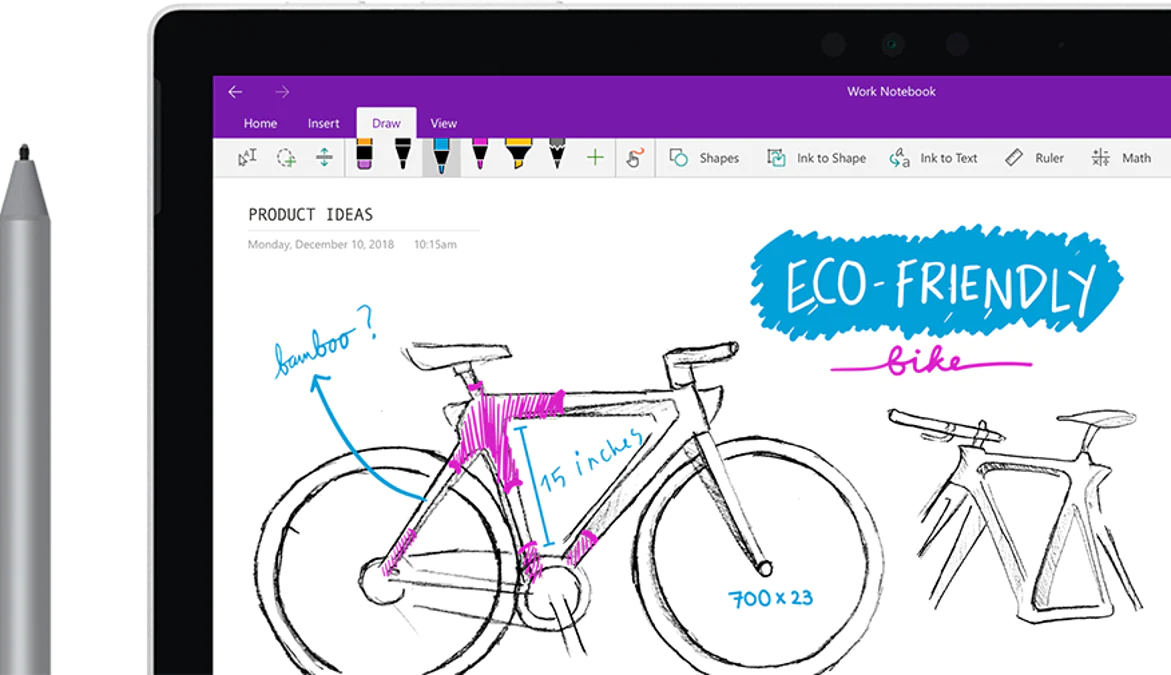 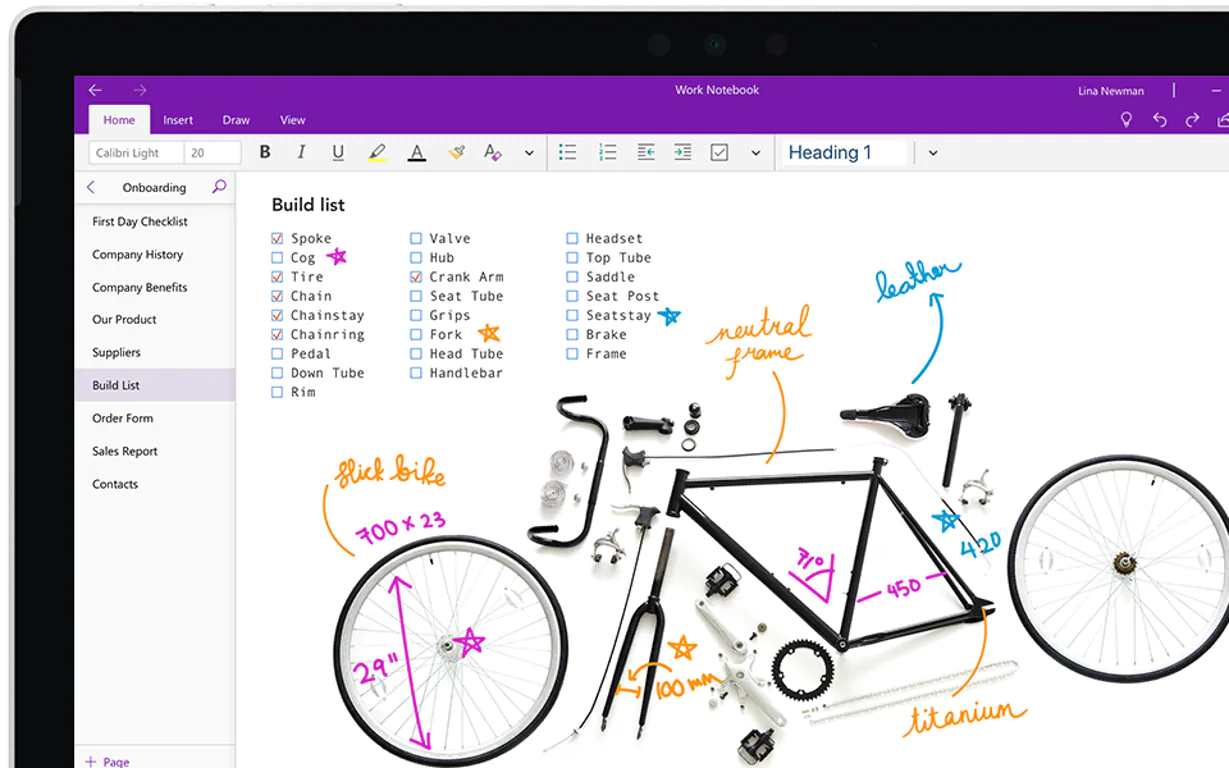 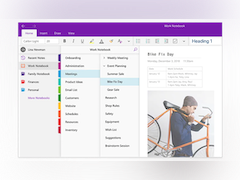 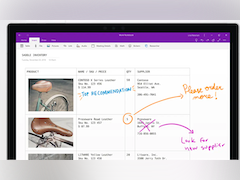 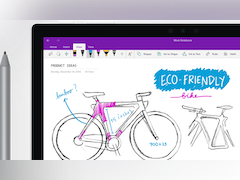 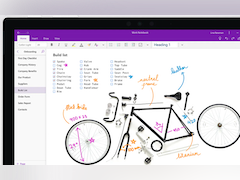 OneNote: a great foundation for collaboration

OneNote has become central to our documentation at our organization. Especially after the integration between OneNote and Office 365 Groups and then Teams, the addition of the Collaboration Space and Documentation Library has helped us create central repositories that can be worked on simultaneously and frequently. Administration can collaborate and share materials and use the private spaces for groups members to take their own notes or have individual content distributed to them to work on or reflect upon.
I love this product and since growing with it in my career have also expanded to use it in my personal life for notetaking, organization, and planning.

The notebook structure was very appealing to me when I first started using OneNote. Once I unbound myself from the concept of creating everything to translate to a printed letter size piece of paper it really took off. You can create your notebook and its contents to directly translate to what if it had to be printed. But you can also transform it to a fully interactive collection. With links to various other locations in the same notebook, other locations and materials on the internet, and even embedding videos and other documents directly in the pages of the notebook you can make the reach of the content presented to extend beyond the boundries of the document itself.

The different versions - When OneNote transitioned to the web, it was during the focus on the Metro UI in Windows 8 and it suffered for it. The simplicity of what the web version could do was crippled by the ability of the internet browsers at the time. Over time it has increased in parity between the desktop version and the web, however - the Metro UI designed app has lingered and its design has stayed truer to the web version than the original desktop version. It is getting harder to find the desktop version that has content central and navigation to the left, top, and right sides. The web, mobile app, and "for windows 10" versions make navigation subjectively more complex when you have extensively robust notebooks.

Reasons for Switching to Microsoft OneNote

It proved to be the most logical and user friendly to translate hierarchical structures of documentation, collaboration, and communication the way we needed to get the most buy in and participation from the community.

My overall experience with OneNote has been great. I used to use Notepad to record notes initially, but when I saw OneNote, it opened my eyes to a whole new dimension. I had to maintain one Notepad file for each workday and had ended up using too many Notepad files for recording meeting notes. It was very difficult to search for the required content in times of need. One-Note removed all these barriers, and now I can record the notes of all meetings in a single OneNote creating sections for each day, and locate words/phrases across all sections in no time. I would recommend everyone to use OneNote for recording meeting notes and maintaining a daily task list.

The best thing I like about Microsoft OneNote is the functionality to add sections. I believe this is one thing that Microsoft Word lacked, and Microsoft OneNote has pitched in rightly to address that unmet need. Bringing in the feature of adding sections brings OneNote closer to the worksheet model of Excel. It enables our team to track updates across sprints, all in a single note having different sections for each sprint. It also helps me organize my personal notes, with the notes of each day mentioned in a separate section.

OneNote is great in many aspects. Seeing OneNote from a different perspective, we find that it lacks in certain aspects like table formatting wherein there is no option to fill the cells with a particular color. Also, OneNote lacks the Headings feature in Word, which actually helps in displaying only required sections when reading. These are some of the areas of improvement which I can think of.

I love that I am able to take notes on one device and it syncs to multiple devices. You can create a file and you can share it with multiple people and they can add notes and make changes. This is really helpful when working in groups in classes with group projects.

The software takes up ALOT of storage on your devices and it can be really confusing at first when trying to understand how to use it.

Onenote is best tool for taking on going session notes while working on other works so basically it helps you multitasking and tremendously increase your strength. If you're a blogger and want to work in a offline environment then this is the best app to continue with.

When I encountered onenote first time I have been using it for just taking rough notes for my blog but recently I have encountered about their screen recording feature. Its shortcuts are really helpful without opening onenote every time one can take screenshot, copy it to clipboard and use anywhere.

Also I can upload any pdf in a text content, I can also add media file inside a doc file and send it over network. Even making to do lists, sticky notes and other daily tasks can be done at once in this tool.

It is really helpful tool but learning things make it complex further and also I cannot find any solution to use it in mobile.

Lack of personalization is also one of the lagging feature that need to be addressed in further updates.

Reasons for Switching to Microsoft OneNote

The best way to organize your TO DO list