FreshBooks takes billing out of your hands and puts it on autopilot. Set up automated invoicing, online payment options (ACH and Credit Card), and late payment reminders to get paid 2x faster. Next, boost team productivity with precise time tracking and collaborative project tools, so every minute, file, and conversation is tracked and logged. FreshBooks is a web-based accounting solution that caters to small businesses. FreshBooks serves various industries, such as marketing, legal services and business consulting, trades and home services and information technology (IT). Key features of FreshBooks include invoicing, expense tracking, time tracking, reporting and payments management. Users can brand their invoices, accept online payments and set auto payment reminders. Expenses can be tracked by attaching receipts to invoices, creating recurring expenses and taking snapshots of receipts. Financial statuses can be viewed through profit and loss statements, tax summaries and expense reports. FreshBooks categorizes credit card transactions fees and provides a summary of all deposits on its dashboard. The system's time tracking module can extract unbilled project hours into invoices, record billable time and provide an analysis of time spent on projects. FreshBooks can also be integrated with Paypal, MailChimp, Zenpayroll and Basecamp. 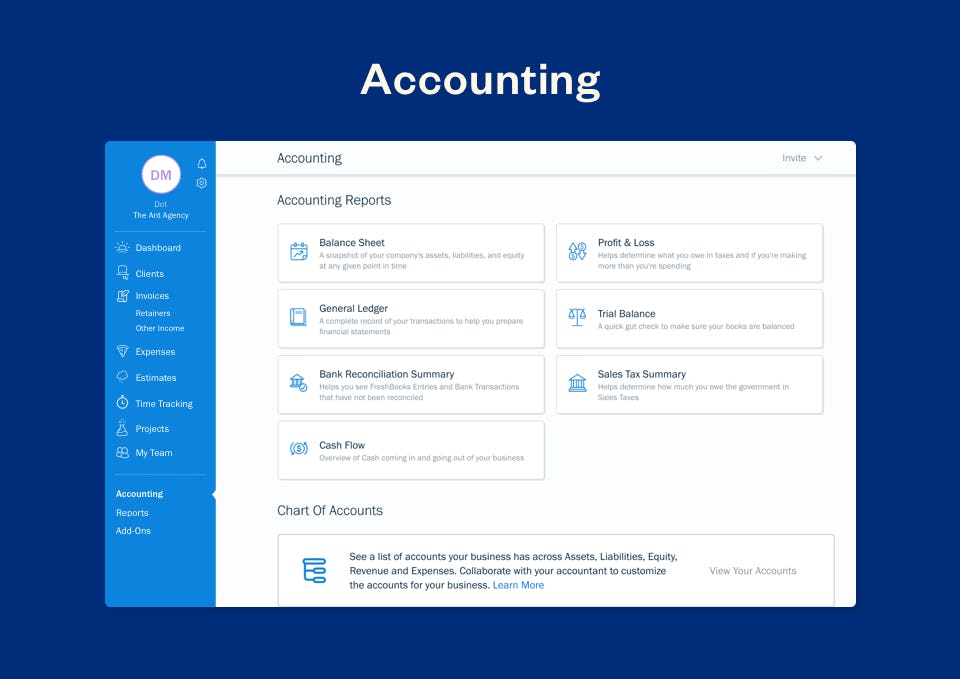 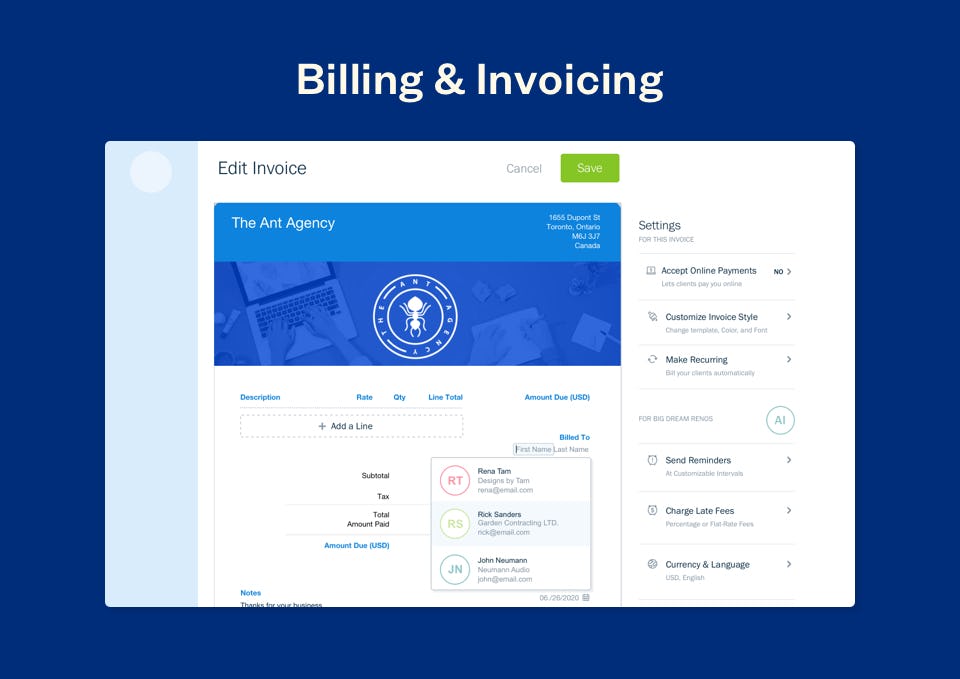 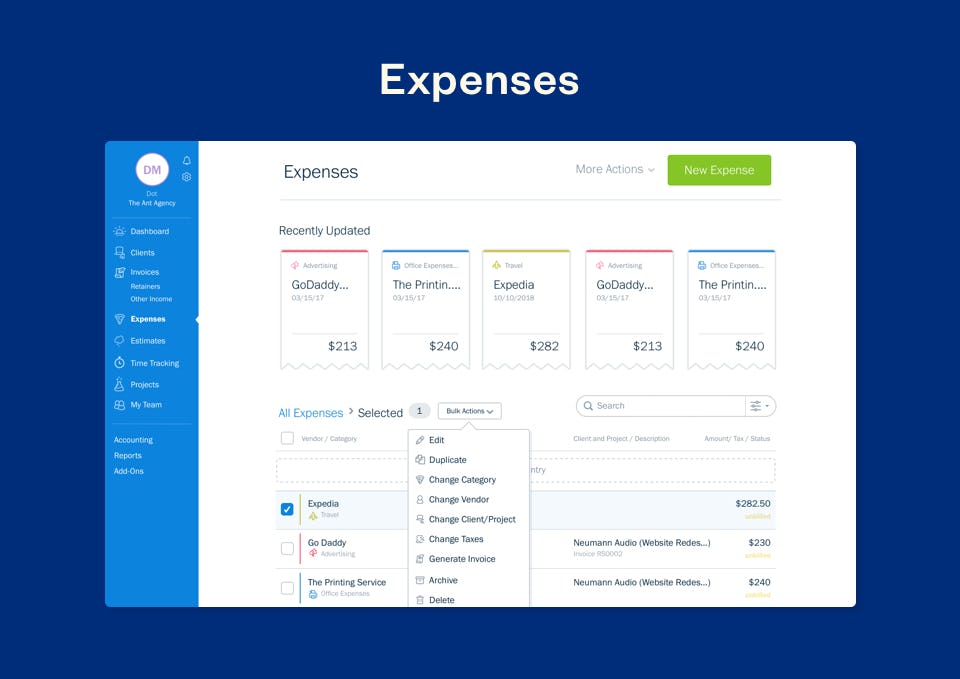 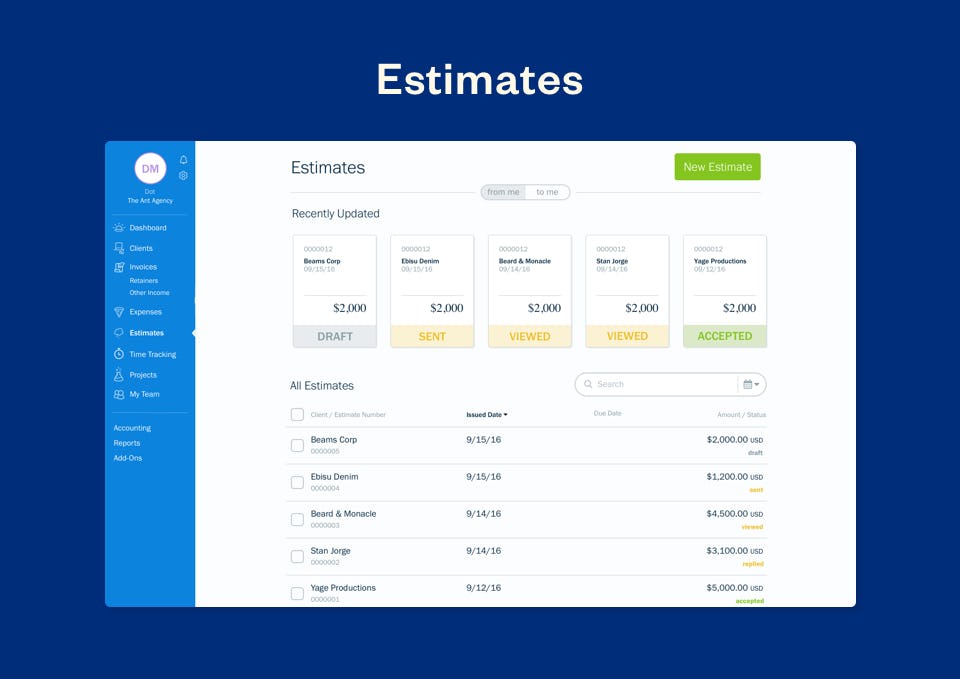 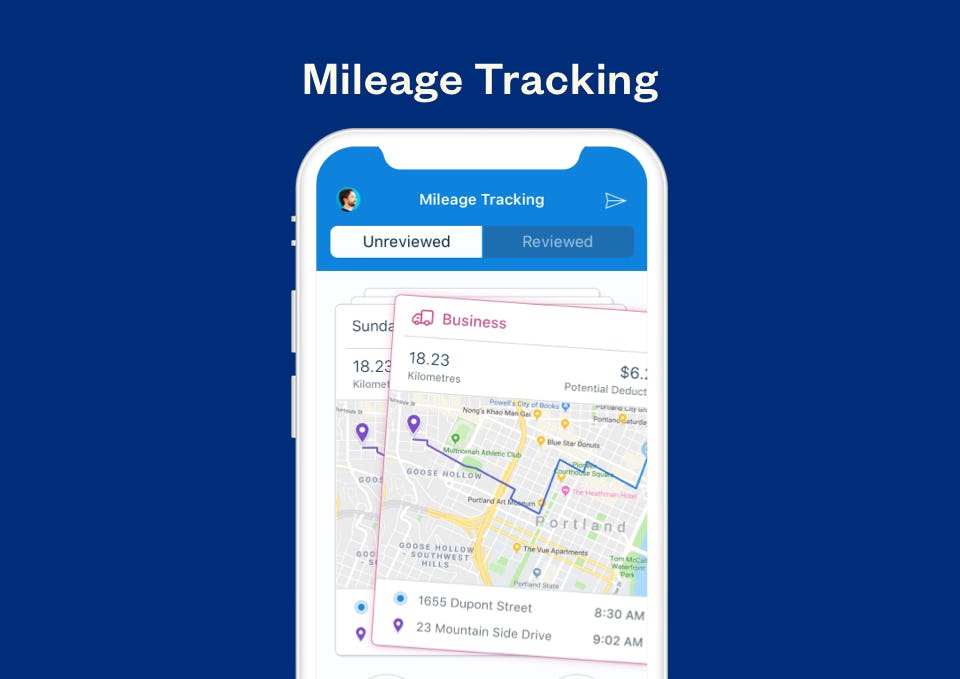 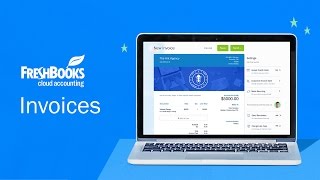 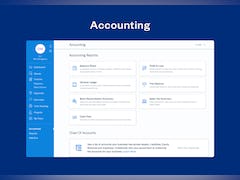 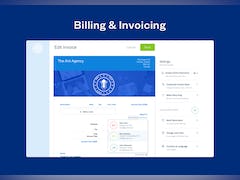 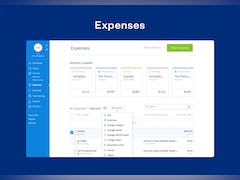 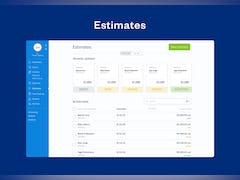 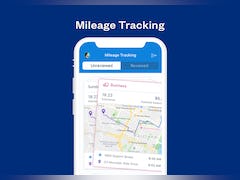 FreshBooks does not have a free version but does offer a free trial. FreshBooks paid version starts at US$4.50/month.

4.5 (19022 Reviews)
QuickBooks Enterprise is an accounting solution designed for SMBs across different industry verticals such as constructi...
Compare Learn More

FreshBooks made my day at work so much easier

Integration with customers' books, as well as the option to include team members in the layout, are all included. On the subject of Application Programming Interfaces. It appeals to me since it brings everything together in one convenient location. The entire software is so simple to use that anyone can learn how to use it.

I appreciate how user-friendly it is, as well as the appearance of the program, and that it has the essentials when it comes to monitoring money and sending invoices and proposals. It's a really amazing piece of software that provides quick alerts. Excels in the area of financial reporting. When it comes to bank reconciliation, the general ledger is really helpful. Excellent in regard to project accounting.

The absence of features like as email automation and scheduling, which are provided by applications such as Dubsado and Honeybook, would be an example. One thing I'd want the developers to improve on is making sure that updates are made at the very least within one hour and not much longer.

I switched mainly for the well laid out App and the project profitability reports. I very much needed help tracking projects and expenses. This recaps all activity on one page. I also like that it has mileage and expense tracking all tied in.

Cost was a little steep at $50/month but still less than Quickbooks.

Price and features were compared in Freshbooks and I was able to achieve all I needed and it was less than Quickbooks. Other software didn’t have all the features I needed so they were ruled out.

Loved them for more than a decade, until the "New" version completely left us wondering what went wrong. Their support has been great, helping us to move to another platform, but again, the "New" version is making that transition even harder, although we haven't tried to export from "Classic", so I could be wrong.

The previous "Classic" edition was so easy to use, powerful in its simplicity and quick.

The only thing I can say about the "New" version is that it is pretty.

The "New" version might be pretty, but it has become pretty awful to use.

The platform is now so slow, we often wonder if we clicked on something...so we wait (e.g. create an invoice).

Navigation used to be simple, but that is no longer the case. It takes many more clicks to find the information I need. I've been using now for about 2 months, so I know where to go, but it takes so much longer now.

Invoicing & applying payment now prone to mistakes. The Credit card option will be ON/OFF for all subsequent invoices, so it's hard to make an exception (e.g. hardware) for one invoice. We have to constantly check a few options for every invoice, making the whole process much longer.

Billing for time is somewhat better. It now shows ONLY the clients that have unmilled time, but once you create an invoice, the client will stay in the list for a good 15 minutes, making this feature cool, but useless.

All in all, being moved to "New" has been an absolute nightmare and has caused us to completely lose faith in this company, which I have been using since its inception.

We are sad to say, the problems by far outweighs the pretty interface, and we find ourselves forced to use something functional.

At the time, I liked the Cloud version.

Hey Randal, thank you for taking the time to share your review and raise these concerns.

I'm sorry to hear that you've experienced some issues when using FreshBooks - I have passed this feedback along to our team on your behalf. Feedback from customers like yourself is absolutely valuable for the changes and updates that are made to FreshBooks. You can keep up to date with all the changes and updates our team is making here: https://support.freshbooks.com/hc/en-us/articles/360054235012-Changes-Updates-in-2021.

If there are any questions or concerns our Support Team can assist with, our contact information can be found here: https://www.freshbooks.com/contact. ^DM

Freshbooks has a cleaner and more user friendly interface than any accounting software that I’ve used. My CPA complains that the back end is not as robust as Quickbooks, but other than that, it’s the best for creatives in my opinion

I love the ability to create proposals with pictures and a client signature line. Also, the app is pretty great.

I’d like to be able to add pictures through the app, but it’s never worked. The back end for taxes and reconciling found be better according to my cpa

I needed an easy to use app

Freshbooks allows for pictures to be attached to proposals which is vital to my biz.

Easy set up and interface is a plus for a small business owner with adhd was a heaven send for me and my equally impatient team.

I was having trouble receiving verification email at initial sign up but other then that it’s a typical software doing what softwares do.

Need something different and want to explore
View all reviews